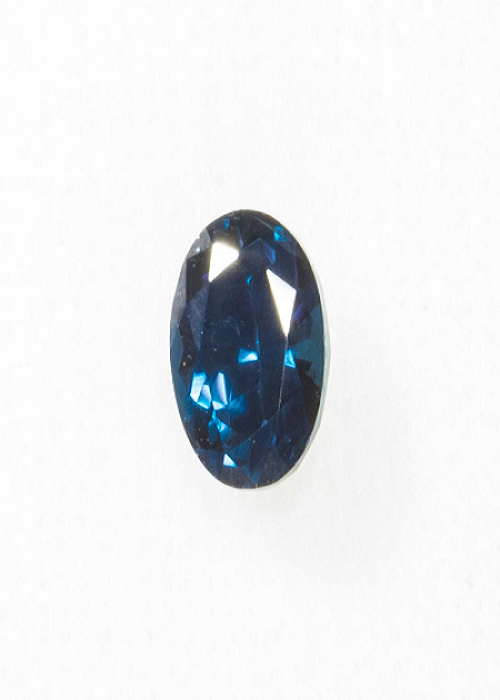 Garnet is the birthstone for January babies. People know of Garnet’s red color, but it can actually come in a wide range of colors—from yellows to reds, oranges, and greens. The only color Garnet never came in was blue.

In the past, the only “blue” garnets are the ones that can change color depending on which light you view it in, but gemologists categorize those merely as Color-change Garnets. These color-change garnets can look greenish blue— somewhat teal— under daylight or white light and become reddish purple under incandescent or yellow light! But recent discoveries have shown blue garnets that actually stay blue!

And why is this a big deal?

Firstly, something that gemologists thought was impossible actually exists! It’s a miracle that took scientists by storm. Also, in the spectrum of colored stones, gemstones frequently come in shades of yellow, brown and orange. But blues? Those are rare. There are only a few gemstones that are naturally blue. In fact, the more popular ones are sapphire, zircon, topaz and tanzanite.

Let’s look further into this rare Blue Garnet—the enigmatic sister of the Color-change Garnet. And take note: we’re talking about the one that does not change color.

Garnet is an abundant stone that is made up of a group of minerals called silicates. These form in metamorphic rock, where it had to withstand extreme heat and pressure. This makes it a durable stone that come with a hardness of 7 to 7.5 on the Mohs scale.

A Garnet’s color is even and can even come in vividly saturated, intense hues. They come in 6 different species: Pyrope, Almandine, Spessartine, Grossular, Andradite and Uravorite, but blue garnets fall under the category of Pyrope Spessartine—an equal mix of two categories of Garnet. Both Color-change Garnet and Blue Garnet are classified under this group.

Blue Garnet were first discovered in a deposit near the border of Tanzania and Kenya. The Gemological Institute of America (GIA) checked the parcel of gems and got two stones—one with a strong color-change from violet to green, and another with a weak color-change— which would then be tested further.

Results have shown that while both Color-change Garnet and Blue Garnets get their color from trace elements called Manganese and Vanadium, Blue Garnet contains high amounts of Vanadium. Thus, it can be concluded that if a garnet has high concentrations of Vanadium in it, it doesn’t change color and looks bluer in incandescent light. Although technical, the explanation has something to do with the way color is absorbed in the spectrum. Low concentrations of Vanadium allow you to see two different colors in the spectrum, which is… you guessed it! The color-change.

Also, don’t worry about treatments. Color-change Blue Garnets and Blue Garnets are usually not heated or enhanced in any way. What you see is what you get. But do be careful about sellers who claim that they have blue garnet. There are a lot of imitations out there, and your best bet is getting your stone tested and certified first by a licensed Gemologist or gemological laboratories to see if it is a genuine Blue Garnet.

For starters, it’s rare. And who wouldn’t want to own something unique?

The colors of a Blue Garnet also have a charm of their own too, especially for those who like the cool colors of the deep ocean. It makes a good piece to wear during the summer, or even during evening parties. Because it was discovered just recently, it is an exotic item that you can brag about owning—a statement piece, so to speak. Blue Garnet isn’t available yet in many jewelry stores, so you will be the first to own one if you do buy it!

Blue Garnet come with a hardness of 7 to 7.5, making it a good choice for every day jewelry. Store carefully by separating them from hard stones like rubies, sapphires and diamonds in order to avoid scruffs and scratches. In turn, store your Blue Garnets away from soft stones like pearls and opals so that they do not scratch them. Clean with a mild soap and lukewarm water. Use a very soft toothbrush if possible, and pat with a soft towel (preferably a microfiber one) to dry them.

Like all other gemstones, the 4 C’s—Color, Cut, Clarity and Carat—govern the price and value of a Blue Garnet.

Color: Blue Garnets can come in pure blue colors, which is rare and expensive, but they are often grayish blue or even greenish blue. Weak color-change may affect its price too.

Cut: They are often cut as faceted stones—round brilliants or even fancy cuts like ovals and cushions. In terms of how cut affects price, it is not so much an issue, as color is the main factor in assessing colored gemstones. The cut of a Blue Garnet often depends on the size of the rough when mined. Well-proportioned stones fetch high prices.

Clarity: Blue Garnets can be eye-clean, but they too come with some unique patterns called inclusions. Expect some garnets to have threadlike inclusions inside like needles or even some liquid, among others. This does not affect the price, but if there are durability concerns like cracks and chips, this may lower its value.

Carat: In order to get the optimal blue color for your Blue Garnet, your stone needs to be small. The assessment conducted by GIA shows that at 0.7 carats, both stones become dark, so choose one with a lower carat size.

If you are an avid collector of what is unique and limited-edition, a Blue Garnet is a rare stone that you can start with. Because it is a recent discovery, not many people know of it yet, so you can be the first to brag about owning one!

Disclaimer: Featured Image given by supplier.